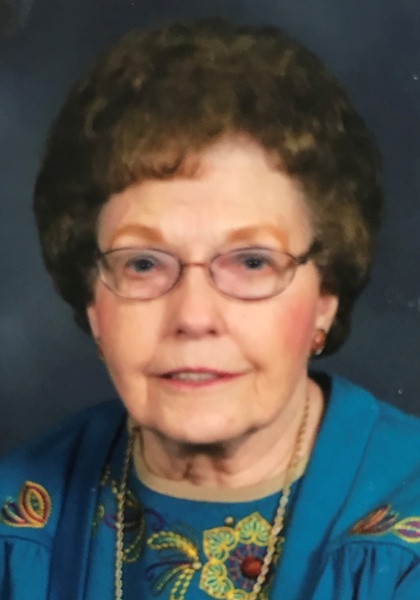 Mass of Christian Burial is 10 a.m. Thursday, February 21, at St. Cecilia Catholic Church in Hastings with Father Joseph M. Walsh officiating. Burial will be at Parkview Cemetery in Hastings. Memorials may be given to St. Cecilia Catholic Church or Hastings Catholic Schools Foundation. Visitation is 1-8 p.m. Wednesday at the funeral home, and one hour prior to service at the church.

Marge was born March 19, 1925, on a farm near Ashton, NE to Dominic and Theresa (Wroblewski) Stobbe. In order to attend Catholic School for a few years, she lived in town with relatives during the week. She graduated from Loup City High School in 1942. Marge received a teaching certificate from Kearney College (Normal School) and taught in the Grand Island area. Marge married Robert Sass on June 28, 1948, at St. Mary’s Cathedral in Grand Island, NE. She taught until their first child was born. They moved from Grand Island to Hastings in 1955.

Marge and Robert (Bob) owned and operated Bob Sass Flowers and Marge was instrumental in the operation. She was a member of St. Cecilia Catholic Church, Altar Society, Catholic Daughters of the Americas and served on the Hastings Catholic School Board.

Mrs. Sass was a committed, loving wife and mother. Especially important to her was her Catholic Faith.

To order memorial trees or send flowers to the family in memory of Marguerite (Marge) Sass, please visit our flower store.