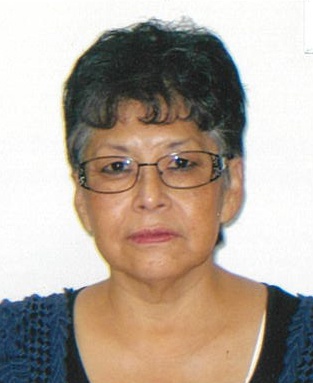 Services will be 11 a.m. Friday, July 10, at Butler Volland Chapel in Hastings with Father Jeremy Hazuka officiating. Burial will be at Parkview Cemetery in Hastings. Visitation is Thursday 3-7 p.m. with family present 5-7 p.m. and one hour prior to service at the funeral home. Memorials may be given to the YMCA scholarship fund for youth. Since there are material sharing restrictions, we ask that you bring your own pen for signing the registration book or memorial envelopes. If you do not bring one, we can do that for you.

Frank and Marilyn moved their family to Fremont, NE area around 1972 where they started their new life. While in Fremont, NE Marilyn worked at Campbell Soup Company on the production floor.

After a divorce from Frank Castillo, Marilyn met and later married David Lindberg, and together they had her final child, Jason Lindberg.

David and Marilyn moved to Schuyler, NE in 1976 and both worked at then Spencer Beef for many years.

Marilyn left Schuyler in 1987 and after a few stops in different cities, she found her home in Hastings, NE.

While in Hastings Marilyn worked at Russ’s Food Market and made a friendship that turned into love and marriage with Herman Hibbeler. Marilyn and Herman lived a happy fun life and enjoyed doing some traveling and entertaining company.

After Marilyn left Russ’s she found her calling working at the snack bar at Mary Lanning Hospital. There is where Marilyn flourished, she was able to lead that snack bar into a new direction and make it the place to go for great food and service.

For all her efforts Marilyn was awarded Employee of The Quarter in 2008.

Marilyn left a legacy of hard work and a nose to the grindstone attitude that many people admired and most cannot imitate.

Marilyn was preceded in death by her parents; husbands, David Lindberg and Herman Hibbeler; three brothers; and three sisters.

To order memorial trees or send flowers to the family in memory of Marilyn Lindberg-Hibbeler, please visit our flower store.