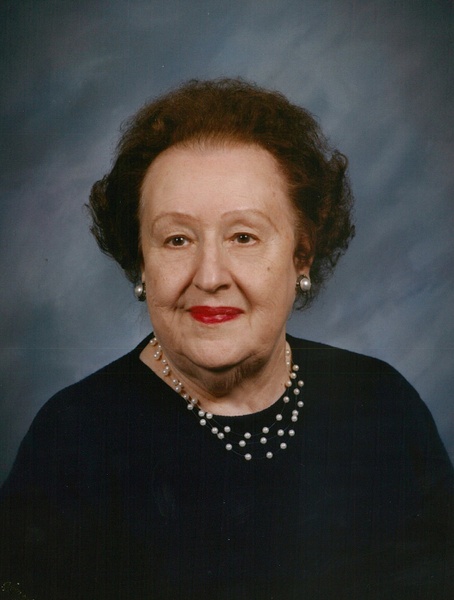 Mary Elizabeth Anderson, 100, of Hastings Homestead Assisted Living entered the Kingdom of Heaven on April 5, 2019, after a brief illness.

Services will be 2:00 p.m. Wednesday, April 10, 2019, at First St. Paul’s Lutheran Church in Hastings with Pastor Joel Remmers officiating. Burial will be at Parkview Cemetery, Hastings. Visitation will be 4 – 6 p.m. Tuesday, with family present at the funeral home and one hour prior to the service at the church on Wednesday.  Memorials may be given to First St. Paul’s Lutheran Church, Hastings College, or towards a memorial bench at her beloved Heartwell Park. Private condolences may be sent to the family at www.lbvfh.com. Livingston Butler Volland Funeral Home & Cremation Center is serving the family.

Mary Elizabeth Higgins was born to George S. and Carolina (Reichert) Higgins on October 17, 1918 in Burlington, IA. Mary Elizabeth graduated in 1940 from the University of Iowa with a bachelor’s degree in arts with a certificate in journalism. After graduation, while attending an End of WW II Celebration Party, she met Wilmer M. (Bud) Anderson to whom she was wed on June 25, 1947. Bud preceded her in death on December 23, 1969.To this union were born three children. Mary Elizabeth enjoyed a rewarding career writing for the Hawkeye Gazette, serving as Advertising Manager for department stores Klein’s and Sears. Later she was employed at Hastings College for 15 years, first in the Music Department and later the Public Relations Department. She retired in 1985.

To order memorial trees or send flowers to the family in memory of Mary Anderson, please visit our flower store.