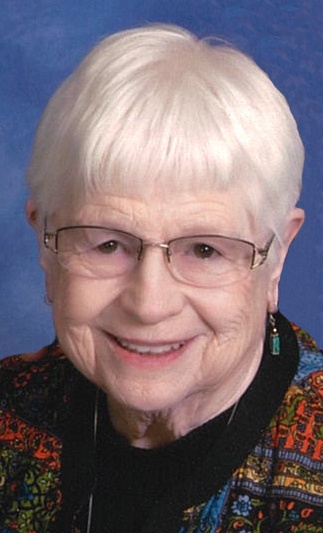 Graveside Services will be 1:30 p.m. Thursday, January 13, at Sunset Memorial Gardens Cemetery in Hastings with Rev. Greg Allen-Pickett officiating. There will be no viewing or visitation. Memorials may be given to AAA Pregnancy Resource Center in Hastings, where she had been a volunteer for a number of years.

Mary Jeanne was born in Morrill, KS on July 14, 1933, to Galen and Mary (Jackson) Hay. She grew up in the Texas panhandle, graduating from the Borger Texas High School in 1951. She received a B.A. from Park College, Parkville, MO in 1955. She married James P. Cooke in the college chapel the day after graduation.

Jim and Mary Jeanne spent the next 65 years of their marriage in many places as Jim finished seminary and became a Presbyterian minister and Army chaplain. They lived in four states, Missouri (twice), Massachusetts, Nebraska (twice), Colorado-and two other countries-Germany and Ireland.

At the age of forty, Mary Jeanne went back to school to become a nurse and spent the next twenty years nursing at the Clark Jeary Home in Lincoln.

In 2000, the couple moved to Hastings to be near their children. Mary Jeanne was a member of the First Presbyterian Church. She served as President of Presbyterian Women and as Secretary of the Clipper Club. She also served as President of the American Literature Club and Secretary and chaplain of P.E.O. Chapter GK. She loved to quilt and gave dozens of quilts to family, friends, and world missions.

Mary Jeanne was preceded in death by her husband in 2020.

To order memorial trees or send flowers to the family in memory of Mary Cooke, please visit our flower store.