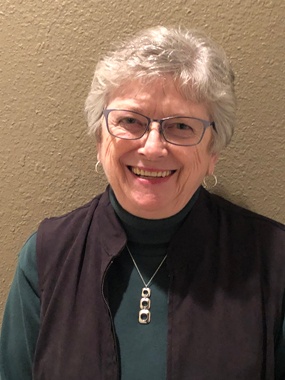 Services will be 10:30 a.m. Monday, November 29, at Butler Volland Chapel in Hastings with Father Douglas Daro officiating. Burial will be 1:30 p.m. Tuesday, November 30, at Grandview Cemetery in Anselmo. Visitation and book signing will be 3-5 p.m. Sunday at the funeral home with family present. Vigil service will be 5 p.m. Sunday at the funeral home. In lieu of flowers, the family requests memorials be given to the National Rheumatoid Arthritis Research Foundation, American Heart Association or Mass Intentions for Mary. The service will be live-streamed on Livingston Butler Volland Funeral Home’s website. To view the service you will need to go to Mary’s obituary and click the play button shown towards the bottom of the page.

Mary was born on June 2, 1946, to Charles and Mary (Winchester) Thompson in Ansley, NE. When Mary was 10 she moved with her mother to Columbus, NE. She attended Columbus Public Schools and Saint Bonaventure High School. While in High School she was a Varsity Cheerleader, Honor Student, and served on many school committees. In the summer she worked at Woolworth Department store in the music department where she developed her love of dancing and music. She graduated in 1964.

Mary and James Mitera were married on August 22, 1964, in Columbus, and were together for more than 57 years at the time of her death.

Mary and Jim owned and operated the Black Angus Drive-In Restaurant in Columbus from 1965-67, and their daughter Michele was born. The family relocated to Lincoln where their son Jason was born. In addition to raising the children, Mary worked for State Farm Insurance Agency.

The couple moved to Hastings, NE in 1978. She found her future employer, McDermott and Miller, to be her life’s career. The firm assigned her to the position of Receptionist. Many would agree that she truly should have had the title of, “Director of First and Last Impressions”, and was there for more than 35 years, retiring in 2013.

After Mary and her husband resided in Hastings, they soon met other couples that had also moved into Hastings. The various friends and other acquaintances began meeting after work every Friday night, and have been meeting continuously for more than 40 years. Until the COVID crisis, the group known as the “Friday Night Gang” would meet to enjoy a libation, fellowship, and food. They certainly will miss her at the table.

Mary often talked of her childhood in the Sandhills. The undeniable love of children made her the perfect Mother and Grandmother. Her latest endeavor was that of great-grandmother or “GG,” and took pride in getting great-granddaughter to and from school and activities. She enjoyed good humor, jokes, laughter, shopping, bowling, buttered popcorn, cold Pepsi, and a darn good Colorado Bulldog.

Mary was preceded in death by her parents and her grandson, Jacob Daniel Hinrichs.

Our family would like to thank members of Mary Lanning Healthcare, Hospice Comfort Care, Father Daro’s blessings, and everyone who showered her beautiful soul with prayers.

To order memorial trees or send flowers to the family in memory of Mary Mitera, please visit our flower store.