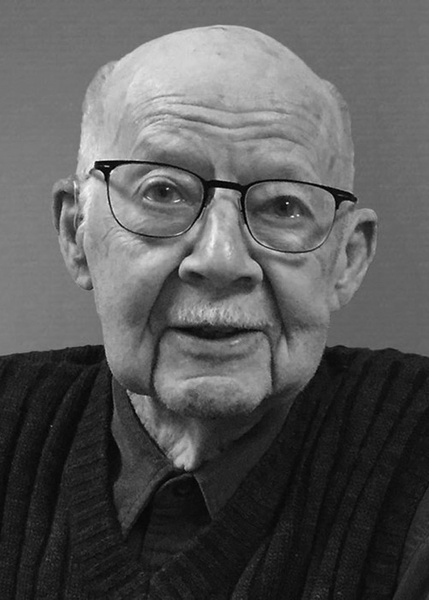 Services are 10:30 a.m. Saturday, September 28, at Butler Volland Chapel in Hastings with Pastor Greg Lindenberger officiating. Burial with military rites by Hastings Military Honor Guard will be at Parkview Cemetery in Hastings. Memorials may be given to any veteran's or active military organization. Visitation will be one hour prior to service at the funeral home.

Melvin was born January 3, 1920, in Hastings, NE to Harry E. & Jennie (Murray) Marian. He graduated from Hastings High School in 1938. Melvin worked for Lockheed Aircraft in Burbank, CA for two years before joining the U.S. Army Air Corps in November 1942, for pilot training. He served with the South Pacific Wing of the Air Transport Command, based in New Guinea and Okinawa, and was discharged in January 1946.

Melvin married Elizabeth “Betty” (Wesch) Wilke on December 18, 1946, in North Bend, NE. The couple lived in Hastings since, raising a family of four.

Most of Melvin’s working years were spent in home building. He was employed by Westland Building Company for 18 years, doing interior carpentry on hundreds of homes, mostly in Hastings, but also in many other towns in south-central Nebraska. After retiring, Melvin continued woodworking projects in his home workshop, building toys and gifts for grandchildren and other family members.

Melvin was an aviation and airplane enthusiast, starting in childhood, building model airplanes. As a private pilot in 1964, he co-organized Hastings Flyers, a flying club based at the Hastings Municipal Airport. He was a charter member of the original Charter 544 of the Experimental Aircraft Association, actively involved in the construction of homebuilt airplanes and restoration of older aircraft.

Melvin and Betty enjoyed many years of ballroom dancing, traveling to numerous lodges and halls in south-central Nebraska and to wintertime dance floors in Texas. Melvin was a member of Veterans of Foreign Wars, Experimental Aircraft Association, and the First United Methodist Church.

Melvin was preceded in death by his parents; grandson, Christopher Marian; and three brothers, Wayne, Roy, and Earl.

To order memorial trees or send flowers to the family in memory of Melvin Marian, please visit our flower store.