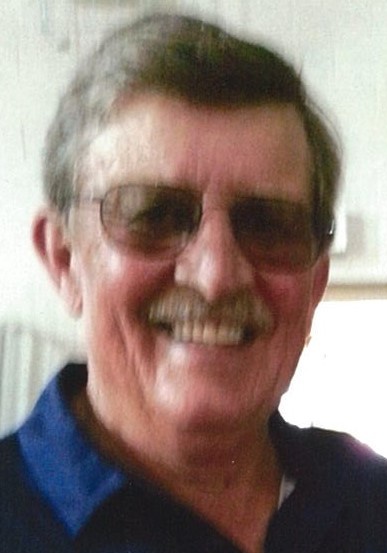 Our loving husband and father, Michael D. “Mike” Peirce passed away on Wednesday, December 8, 2021 at Mary Lanning Healthcare in Hastings, NE. He was born on February 2, 1955 in Red Cloud, NE to Russel and Betty (Wert) Peirce. Michael was baptized and confirmed at the First United Methodist Church in Red Cloud, where he was a member for many years.

Michael attended Red Cloud Public Schools and graduated with the class of 1973. He was an excellent swimmer in high school, winning many ribbons and medals. He was also a talented artist and could have attended an art school in Denver, CO.

Following graduation, Michael worked for the State of Nebraska and then was employed as a brick mason for over 40 years with Hastings Masonry, Midwest Masonry and Roper Masonry in Memphis, TN. His passion for brick, block and stone work was evident in the beautiful homes, arches, mailboxes and fireplaces that he built and worked on. He was a great mentor to many young brick masons helping them learn the art of “bricklaying”. Michael worked as a door greeter and as a lawn and garden associate at Walmart before retiring in 2019.

Michael was united in marriage to Cherlene Severyn on September 2, 1989, in Grand Island, NE. They were blessed with two sons, Michael of Loup City and Matthew of LaVista. He was a member of Grace United Methodist Church and the Eagles Aerie #592 in Hastings. Michael loved being outdoors. His hobbies included hunting, fishing and planting his annual flower and vegetable gardens. In recent years, he started a new hobby of canning pickles from his garden and was known for sharing his garden vegetables and canned pickles with family and friends. Quite the craftsman, Michael made beautiful, hand-carved, wooden walking canes.

His favorite place to ‘relax’ was at the family cabin, where he taught his sons to hunt and fish. Every November, he looked forward to going deer hunting with his family and friends and would joke with them about who actually harvested the bigger deer.

An avid sports fan, Michael enjoyed watching sports, especially cheering on the Huskers, Green Bay Packers, and the New York Yankees. When he was younger, he was a very good bowler. He and Cherlene met while league-bowling at Ponderosa Bowl in Hastings.

A Celebration of Life will be held at 10:30 a.m. Saturday, February 26, at First United Methodist Church in Red Cloud with Pastor Dale Thiele officiating. Casual attire is requested. The courtesy of wearing a mask is appreciated but not required. Memorials may be given to the family for a memorial to be established at a later date.

To order memorial trees or send flowers to the family in memory of Michael "Mike" Peirce, please visit our flower store.