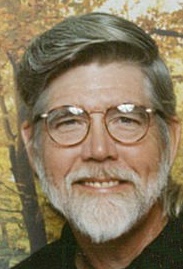 Services are 1 p.m. Monday, January 20, at Butler Volland Chapel in Hastings with Pastor Joel Remmers and Rev. Greg Allen-Pickett officiating. Burial with military rites by Hastings Military Honor Guard is at Parkview Cemetery in Hastings. Visitation is 1-5 p.m. Saturday and one hour prior to service at the funeral home. Memorials may be given to the family for a memorial to be established at a later date.

Norman was a truck driver for 30+ years and worked for Union Pacific Railroad. He was a member of First St. Paul’s Lutheran Church in Hastings. Norman was a lifelong auto racing fan.

Norman was preceded in death by his parents; daughter, Shirley; and brother-in-law and sister, Vern & Ruth Duncan.

To order memorial trees or send flowers to the family in memory of Norman Giesler, please visit our flower store.