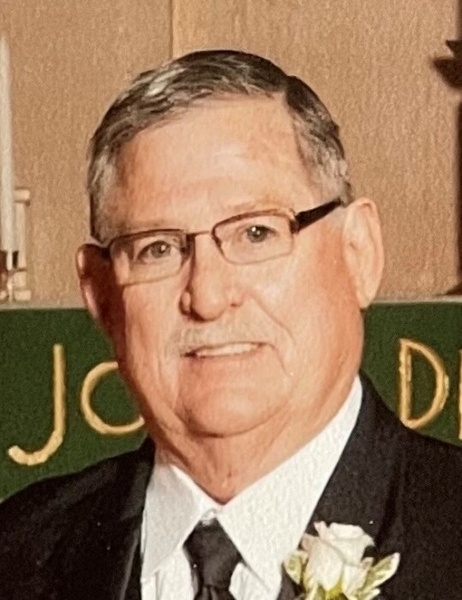 Kenesaw resident Randall E. Campbell, 74, went to be in the hands of the Lord Friday, February 5, 2021 surrounded by family.

Funeral Mass will be 10:30 a.m. Saturday, February 13, at Sacred Heart Catholic Church in Roseland with Father Nathan Hall officiating. Burial will be at Roseland Cemetery following the service. Visitation will be Friday, February 12 from 4-7 p.m. at Livingston Butler Volland Chapel in Hastings and also one hour prior to services at 9:30 a.m. on Saturday at the Sacred Heart Catholic Church in Roseland. Memorials may be given to the family to be designated at a later date. The service will be live-streamed on Livingston Butler Volland Funeral Home’s Facebook page. The direct link for that page is www.facebook.com/lbvfh . For the health and safety of others face masks are required for those attending the visitation and funeral, your cooperation is appreciated. Since there are material sharing restrictions, we ask that you bring your own pen for signing the registration book or memorial envelopes. If you do not bring one, we can do that for you.

Randy was born September 24, 1946, in Smith Center, Kansas to Wayne & Viola (Bass) Campbell. He attended a country school south of Red Cloud and later graduated from Red Cloud School in 1964. He continued his education at Southeast Community College in Milford receiving his Tool-Die Degree in 1966. After college, he became a tool-die maker at Dutton Lainson Company for 25 years and then transferred to Thermo King Corp. for another 17 years until retiring in 2012. Randy married Barbara Reed and had two daughters, they later divorced. He then met and married his best friend and the love of his life, Mary Ann (Theiler) Parr on April 4, 1987. Randy loved his 2 schnauzers, Sammi & Niko very much and also enjoyed camping with his family.

He was preceded in death by his parents; father-in-law, Robert Theiler Sr. and mother-in-law, Margaret Cullen.

To order memorial trees or send flowers to the family in memory of Randall "Randy" Campbell, please visit our flower store.