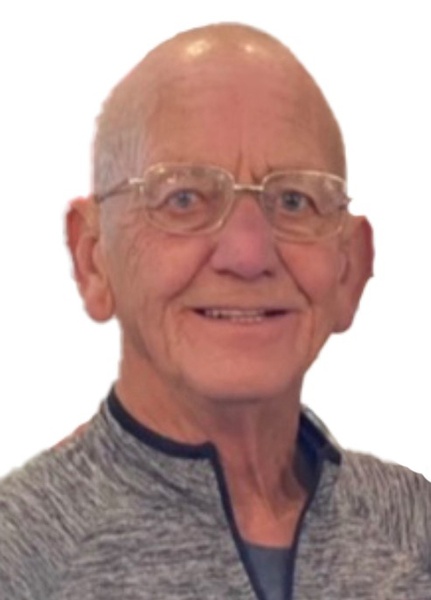 Celebration of Life will be 10 a.m. Friday, March 4, at Butler Volland Chapel in Hastings with Chaplain John Mueller officiating. Burial with military honors with Pastor Spenser Johnson officiating will be at 2 p.m. Friday, March 4, at West Union Cemetery, Sargent, NE. Fellowship will follow at the Sargent United Methodist Church. Visitation will be 1-7 p.m. with family present 5-7 p.m. Thursday, March 3, and one hour prior to service at the funeral home. Memorials may be given to Hastings Catholic Schools or Sandy Creek Booster Club. The service will be live-streamed on Livingston Butler Volland Funeral Home’s website. To view the service go to Randy’s obituary and click the play button shown towards the bottom of the page.

Randy was born near Sargent, NE on March 22, 1948, to Gerald and Dorothy (McGregor) Coslor. He was raised on the family farm in the West Union community seven miles west of Sargent. Randy attended school through sixth grade at West Union Elementary School with siblings and friends in the area. He attended seventh and eighth grades at Sargent Public School followed by high school at Sargent High School graduating in 1966. Randy entered the U.S. Army in 1968 with service in Vietnam for a year earning various service awards and a Rank of SP5. In Vietnam, he served with the 124 th Signal Battalion, 4 th Infantry Division. He was proud of his military service with later participation in the Disabled Veterans of America and the American Legion serving various posts in each. Following discharge from the Army, he attended the University of Nebraska Lincoln for three years. Randy later farmed in the Taylor and Sargent communities until 1985. Randy received his bachelor’s degree from Bellevue University and went on to be a chemical dependency counselor for over 20 years prior to his retirement.

Randy completed treatment for alcoholism in 1986 at the Veterans Administration Hospital and was proud to have maintained sobriety up until his death. He truly enjoyed participation in Alcoholics Anonymous during his sobriety.

Randy was married to Carol Britton having two daughters, Sara and Kim. He and Carol later divorced.

Randy was an avid fan of all sports, especially enjoying Husker football and volleyball. He loved fishing with his grandsons, golfing, and hunting. His favorite enjoyment and pride came from watching his daughters, grandchildren, step-grandchildren, and his great-granddaughter participate and develop in their sports and other school activities. Randy enjoyed attending car shows and spent as much time as possible in his garage building his own street rod, a 1936 Plymouth. He always enjoyed helping his son-in-law, Chad, on the farm operating Chad’s modern John Deere equipment. Randy was a member of the Methodist Church.

To order memorial trees or send flowers to the family in memory of Randall "Randy" Coslor, please visit our flower store.