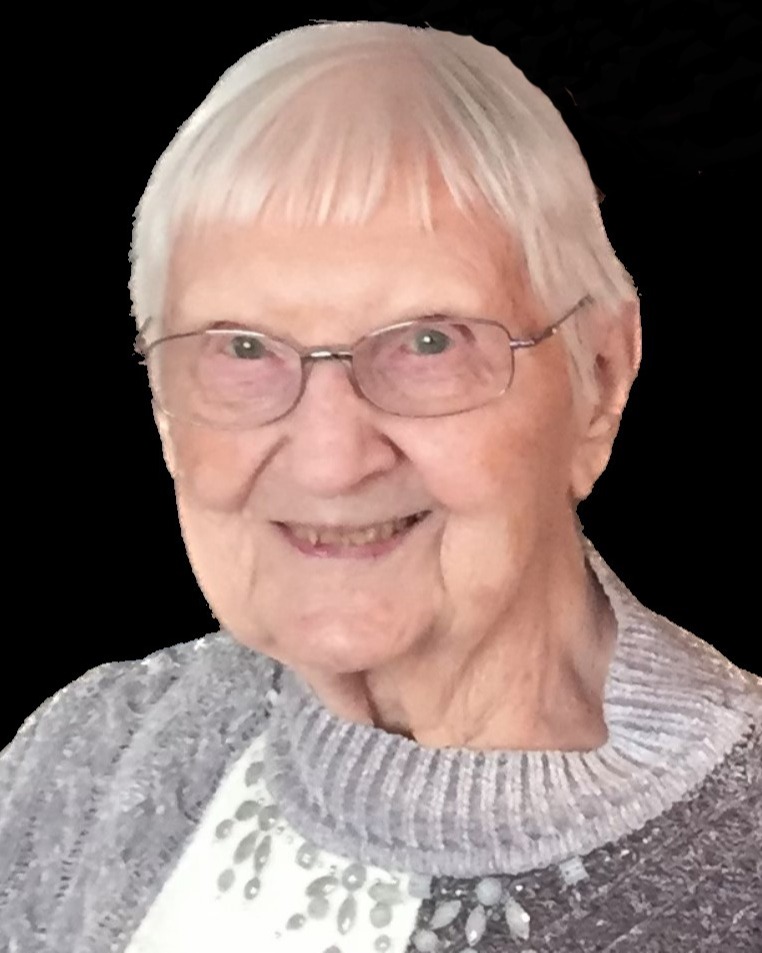 Memorial Services will be 1 p.m. Saturday, November 12, at the Celebration Center at First St. Paul’s Lutheran Church in Hastings. Burial will be held at a later date at Salem East Cemetery, south of Elwood. A book signing will be 8 a.m. – 4:30 p.m. Friday, November 11, at the funeral home. Memorials may be given to the family for a memorial to be established at a later date. The service will be live-streamed on Livingston Butler Volland Funeral Home’s website. To view the service, go to Regina’s obituary and click the play button shown towards the bottom of the page.

Regina was born at their prairie homestead in Tuttle County, CO on April 18, 1915, to Fredrick and Anna (Heny) Schutz, the second of six children. She was baptized in the Evangelic Lutheran Church in Colorado. At age five, the family moved to a farmstead in Frontier County, NE. She attended school through eighth grade and was confirmed at the Salem Lutheran Church.

She assisted her dad with the farm chores and fieldwork. She married Ralph Lucas on September 14, 1933, and to this union, they had two children, Gloria and Jerome. They attended Salem Lutheran Church in rural Elwood.

Regina was a true homemaker, did chores, raised a huge garden, canned food, and baked all their bread and cinnamon rolls. She enjoyed embroidery, crocheting, doing puzzles, playing Bingo, plus reading numerous books in her later years. Upon retirement from the farm, they moved to Elwood, NE, and were custodians at the school. They were members of Our Redeemer Lutheran Church in Elwood. After her husband’s death in 1998, she moved to Hastings Good Samaritan Village in 2000.

Survivors to cherish her memory are:

Numerous Nieces & Nephews who only knew her as “Aunt Nene”

To order memorial trees or send flowers to the family in memory of Regina Rose Lucas, please visit our flower store.