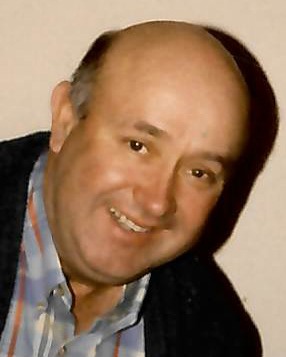 Services will be 10 a.m. Wednesday, December 14, at Evangelical Free Church in Hastings with Pastor Matt Sass and Pastor Scott DeWitt officiating. Private family burial will be held at Greenwood Cemetery in Trumbull. Visitation will be 1-7 p.m. with family present 5-7 p.m. Tuesday at the funeral home and one hour before the service at the church. In lieu of flowers, the family suggests memorials be directed to the Trumbull Community Center. The service will be live-streamed on Evangelical Free Church’s Youtube page. To view the service, click the link https://www.youtube.com/watch?app=desktop&v=iBUW6FK2zmk&feature=youtu.be

Rex was born in the family home near Trumbull on August 6, 1936, to Doyle and Mabel (Hill) Kreutz. He was the fourth child, following three older sisters. The family moved to Adams County when Rex was three.

He attended school at District 54 through 3rd grade when the family moved to the Kreutz family farm in 1945. Rex then attended District 71 through 7th grade. He graduated from Trumbull School in 1954.

Rex was born to be a farmer. From an early age, he thought of nothing else. He plowed his first field by himself at age eight. As a student at Trumbull, he discovered something he loved almost as much as farming -- football. He was a junior when Trumbull formed their first team, and he scored the first-ever touchdown for the Bearcats.

At age 17, Rex had to step into the role of a full-time farmer when his father passed away. In 1955, Rex was united in marriage to Frances Majors. They welcomed three children to their family.

In addition to farming and football, Rex loved to travel all over the world. He enjoyed playing town team basketball and softball, snow skiing, and tennis, and in later years took up golf. He loved to sing in the church choir, or just around the piano at home with family.

Rex and Fran became snowbirds in their 50's and enjoyed their winters in Arizona. Rex retired at 65, but never really stopped being involved with the farm. He took his last load of grain to CO-OP at age 80.

To order memorial trees or send flowers to the family in memory of Rex E. Kreutz, please visit our flower store.