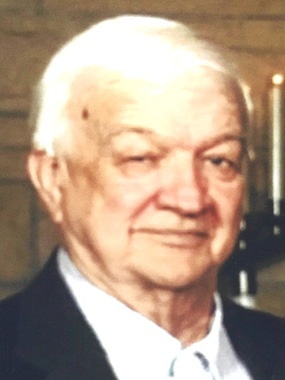 Services will be 10 a.m. Tuesday, March 9, at Butler Volland Chapel in Hastings with Pastor Dunbar officiating. Burial with military rites by Hastings Military Honor Guard will be at Glenvil Cemetery in Glenvil. Visitation will be 5-7 p.m. Monday at the funeral home. In lieu of flowers, memorials may be given to the family. For the health and safety of others face masks are required for those attending the visitation and funeral, your cooperation is appreciated. Since there are material sharing restrictions, we ask that you bring your own pen for signing the registration book or memorial envelopes. If you do not bring one, we can do that for you.

Richard was born January 2, 1937 in Glenvil, NE to Henry & Theda (Mensen) Hinrichs. He graduated from Glenvil High School and then joined the U.S. Army and was stationed at Fort Hood, TX. Richard married Janet Sinsel on October 21, 1960, in Fort Hood, TX; to this union, two children were born, Michael Allen and Cheryl Lynn.

Richard and Janet settled in Hastings and he worked for various glass companies in Hastings, Hastings Glass and Pittsburg Plate Glass before going to State Glass in Grand Island where he worked until his retirement. Richard was an avid sports fan and especially loved to watch the Huskers. He enjoyed bowling and bowled on leagues for many years. Richard enjoyed music and was known to sing karaoke from time to time.

To order memorial trees or send flowers to the family in memory of Richard Hinrichs, please visit our flower store.