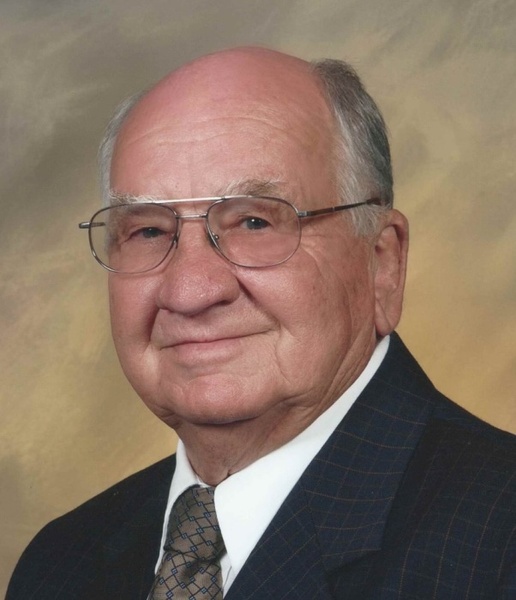 Hastings’s resident, Richard F. Consbruck, 85, passed away Saturday, July 3, 2021, at Mary Lanning Healthcare Hastings.  Rosary will be 7 p.m. Tuesday, July 6th at Butler Volland Chapel.  Mass of Christian Burial will be at 10:00 a.m. Wednesday, July 7 at St. Cecilia Catholic Church with Father Jeremy Hazuka officiating.  Burial with Military  Rites by Juniata American Legion Post #365 will be at Assumption Cemetery in Assumption, NE.  Visitation will be Tuesday from 6-7 at the funeral home with family present.  Memorials may be giving to Hastings Catholic Schools Trust or Rett Syndrome Foundation.  Private condolences may be sent to the family at www.lbvfh.com.  Livingston Butler Volland Funeral Home is serving the family.

Dick was a member of the 3rd Degree Knights of Columbus Council #1123, 4th Degree Knight of Columbus Pius XII Assembly #608 where he was the Knight of the Year and Family of the month.  He was former member of the American Legion #300 of Doniphan, NE and St. Michael’s Men Club.  Dick and Elaine were inducted into the Hastings Catholic Activities Association Hall of Fame.  He served as past President of the Hastings Catholic Activities Association, Home School Association and Knights of Columbus Withholding Company.  He volunteered at Meals on Wheels and as a bus driver transporting students for Hastings Catholic Schools. He loved to play pitch, golf, fish and travel.  He was an avid St. Cecilia Blue Hawk and Hawkette fan, Kansas City Royal and Nebraska Volleyball and Baseball fan.  Spending time with his children, grandkids and great grandchildren were his passions.  He was devoted to his special needs granddaughter Brittany and generously supported Rett Syndrome.

Heartfelt thanks from the family to The Homestead Assisted Living of Hastings and Mary Lanning Hospice for the care, compassion and love over the last 12 months.

To order memorial trees or send flowers to the family in memory of Richard "Dick" Consbruck, please visit our flower store.