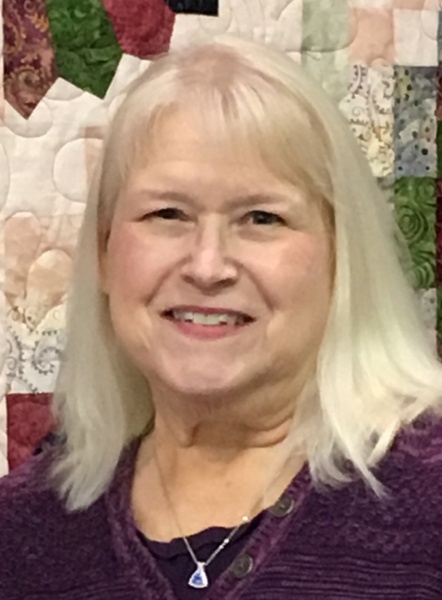 Rita Mary (Botkin) Jaworski was born in Kansas City, MO on January 29, 1951, and left this earthly life at the age of 69. Her family lived in Missouri, Ohio, and Pennsylvania before moving to Omaha in 1967. She was a graduate of Omaha Burke High School and an Honor Graduate of the University of Nebraska-Lincoln.

She married Thomas H. Jaworski on March 16, 1973.  Rita taught country school for four years, raised her family and then started a twenty-five-year career as an instructor with Mid-Nebraska Individual Services. Since retiring, she worked part-time at Calico Cottage Quilt Shop in Hastings, teaching classes.

An accomplished seamstress and quilter, Rita earned many Blue Ribbons at the County and State Fairs. Rita was very active in the Hastings Quilters Guild and also served on the Executive Board of the Nebraska Quilters Guild, which also awarded her the Variable Star Award in 2002 for her contributions to quilting.

Rita was preceded in death by her parents, Lawrence A and Dorothy L Botkin and her sister, Louise Botkin Keng.

Memorials may be given to the University of Nebraska Foundation (for the International Quilt Museum Education and Outreach Programs); Morrison Cancer Center; American Cancer Society; and St. Michael’s Catholic Church – Hastings.

To order memorial trees or send flowers to the family in memory of Rita Jaworski, please visit our flower store.