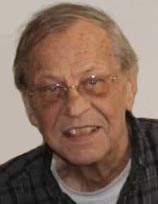 Memorial Services are 2 p.m. Thursday, June 13, at Butler Volland Chapel in Hastings with Pastor Tom Murray officiating. Burial will be at Parkview Cemetery in Hastings. Visitation will be 9 a.m. – 8 p.m. Wednesday with family present 6-8 p.m. at the funeral home. Memorials may be given to the family for a memorial to be established at a later date.

Robert was born June 29, 1937, in Fillmore County, NE to Raymond & Adeline (Nuss) Jones. He graduated from Sutton High School. Robert married Nola Joan Hughes on July 6, 1956, at First Presbyterian Church in Hastings; she preceded him in death on November 8, 2015.

Robert worked as a printer and manager at Cornhusker Press, where he later retired. He was a member of First Presbyterian Church, Eagles, and past President of Midwest Printers Association.

Robert was preceded in death by his parents; wife, Nola Joan Jones; and sister, Shirley Dodd.

To order memorial trees or send flowers to the family in memory of Robert Jones Sr., please visit our flower store.