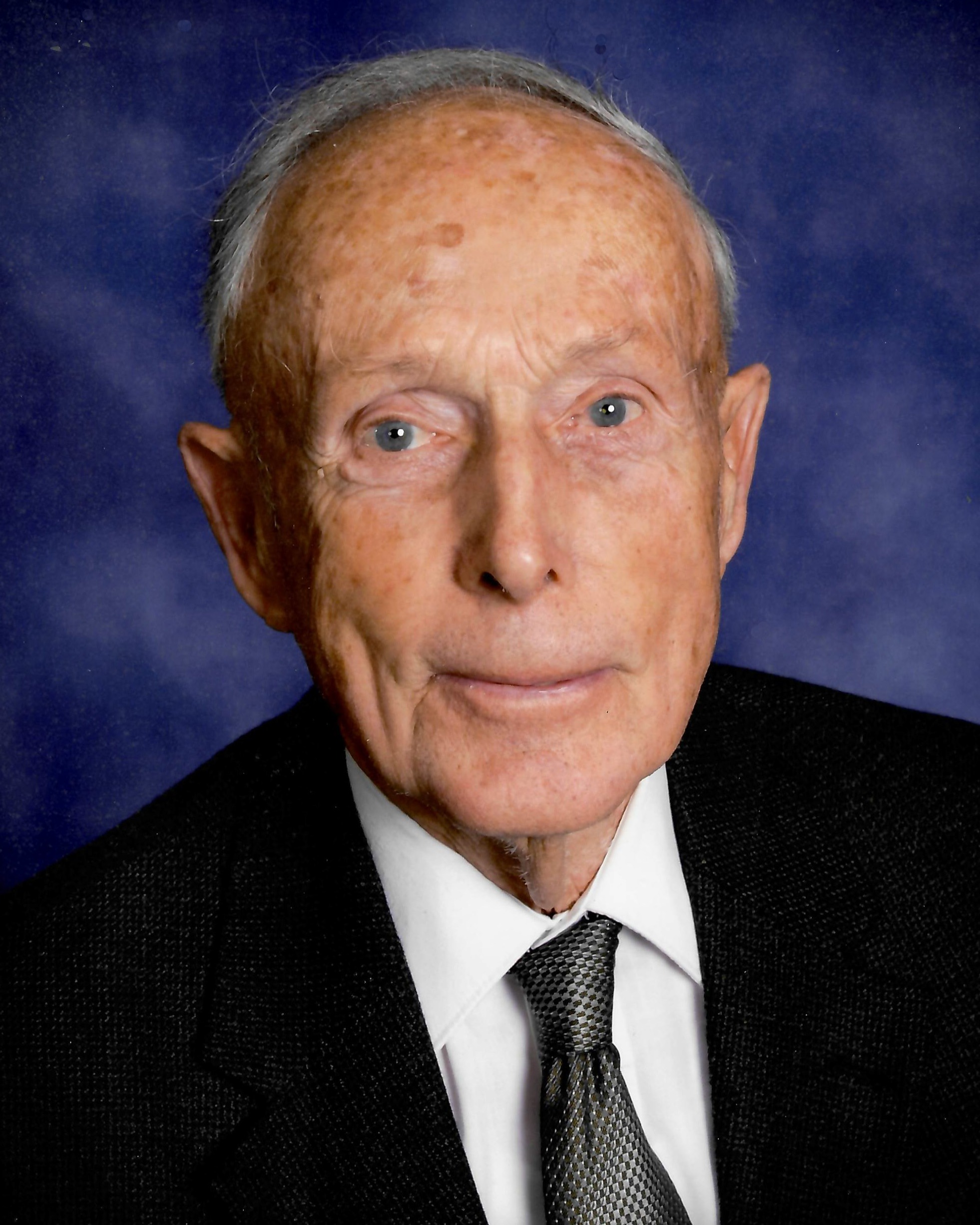 Bob Johnson died at his home on October 22, 2022. Bob was born January 14, 1927 to W. Bedford and Esther Bennett Johnson. He grew up with his brother Richard (Dick) and sister Marcia on the Brown/Johnson farm in Hall County near Hansen. He was predeceased by his parents and siblings.

Bob received his elementary education in the Hansen one-room eight grade rural school and graduated from Hastings High School in 1945. After graduation he was drafted by the US Army and served with the occupation forces in Korea until his discharge in 1947.

Bob and high school classmate Harriett Barnett, daughter of Florence (Griffin) and Ralph Barnett were married in May 1948. They moved to Lincoln and with the help of the GI Bill Bob received a Bachelor of Science in Agriculture degree from UNL in 1950. They moved to the family farm in 1956 where they lived with their family until they moved to Hastings in 1994. Harriett died in 2010, ending 62 years of great happiness together.

Bob is survived by their children and spouses George (Jake) and Lin (Fosler) Johnson of Hastings, Gwen and Stan Thorpe and Nancy and Scott Stuckey all of Lincoln, Betty Smith of Kearney, Peg and Larry Blake of Boise, ID, and Karen and Rick Beranek of Ashland, 15 grandchildren and 24 great-grandchildren.

In addition to his farming career, Bob, at different times, was a School Board member, Adams County Board Supervisor, and Central Power and Irrigation District Board member. He was also active in the Presbyterian Church at all levels, and volunteered in the Adams County Court Bailiff program, the Hastings Literacy Program, and at the Alda Crane Trust Nature Center.

Bob treasured the legacy of the land and wrote of it in his A FAMILY AND A FARM book. He also treasured relationships with his large family and many friends.

Services will be held at First Presbyterian Church in Hastings on October 28 at 2 pm with Rev. Greg Allen-Pickett officiating. There will be a private family burial at the family five-generation Parkview Cemetery plot. Visitation will be Thursday, October 27, 5-7 with family present at the funeral home. Memorials are suggested to the Johnson Family Scholarship at Hastings College or to Nebraska Public Media. The service will be livestreamed on facebook.com/fpchastings.

To order memorial trees or send flowers to the family in memory of Robert L. "Bob" Johnson, please visit our flower store.