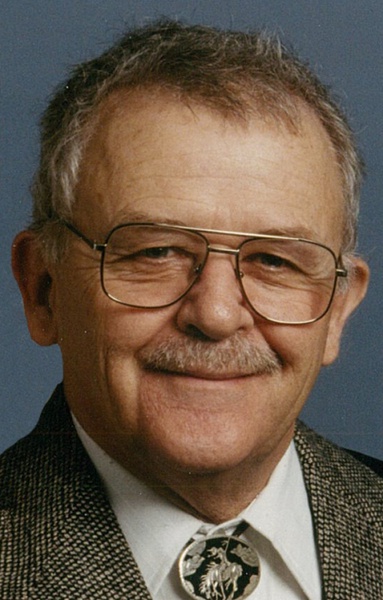 Memorial Services with military rites by Hastings Military Honor Guard are 10:30 a.m. Monday, December 30, at Butler Volland Chapel in Hastings. The family requests casual or Husker attire to be worn if attending service. Burial will be held at a later date at Parkview Cemetery in Hastings. There is no viewing or visitation. Memorials may be given to the family for a memorial to be established at a later date.

Robert was born August 12, 1933, in Hastings, NE to Donald & Helen (Knosp) Loudon. He attended Hastings High School and Milford Trade School in Milford, NE. Robert served in the U.S. Army from 1953 to 1955 during the Korean War. He married Arvelyn Anderson in 1955.

Robert had his own body shop, worked at Hastings Motor Truck for 20 years, Crete Carrier, and Hastings Irrigation until his retirement. He was a lifetime member of Disabled American Veterans. Robert loved camping, fishing, and was an avid Husker fan. He loved gardening and had a huge garden!

Robert was preceded in death by his parents; infant daughter, Lynn Marie; and grandson, Jared DeMuth.

To order memorial trees or send flowers to the family in memory of Robert Loudon, please visit our flower store.