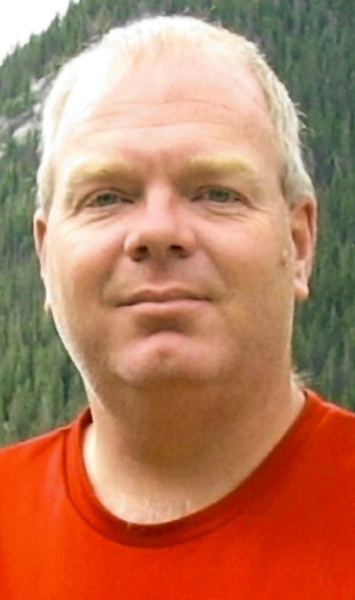 Services will be at 10 a.m. Saturday, July 9, at Lutheran Church of the Good Shepherd in Hastings with Pastor Bill Pavuk officiating. Burial will be at Parkview Cemetery in Hastings. Visitation will be 5-7 p.m. with the family present Friday, July 8, at the funeral home, and one hour before the service at the church. Memorials may be given to the Overland Trails Council or Lutheran Church of the Good Shepherd. The service will be live-streamed on Livingston Butler Volland Funeral Home’s website. To view the service go to Robert’s obituary and click the play button shown towards the bottom of the page.

Robert was born on January 3, 1967, in Hastings, NE to William and Louan (Goos) Woods. He received his Bachelor’s degree in Business Administration and Management from Hastings College in 1990. Robert completed his certificate of machine shop through Central Community College in 1999. He was a sporting goods manager at Allen’s of Hastings until 1996. Robert worked at Bruckman Rubber Company for 26 years and was the technical project manager for the majority of that time. On September 19, 1998, he married Sherri Ann Karmann and they raised three sons, Cameron, Brandon, and Spencer.

Robert had a passion for watching sunrises and sunsets. He also loved cycling and being outdoors with nature which allowed him to combine his favorite hobbies. Robert loved cutting firewood, an activity he started growing up, but especially took interest in the past six years. He dedicated much of his time to The Boy Scouts of America, serving as a Cub Master for nearly 10 years before dedicating his time to other roles within the organization. Robert earned his Eagle Scout award in 1982 and helped his three boys throughout their scouting careers. His eldest two sons both earned this rank, with his youngest well on his way. Robert was known for his quick wit, positive attitude, and his kind and helpful spirit.

Robert was preceded in death by his father, William; father-in-law, Duane Karmann; and his grandparents.

To order memorial trees or send flowers to the family in memory of Robert Woods, please visit our flower store.