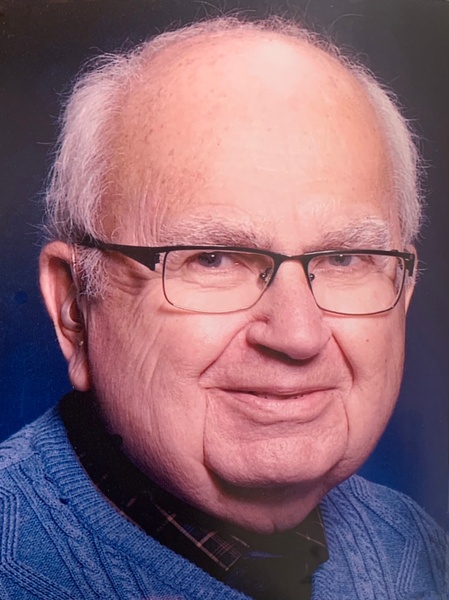 Bob was born on August 6th, 1930 on a farm in Cowles, NE, the youngest of 11 children of Henry and Emma (Knigge) Gestring.

Bob served in the U.S. Army from 1951 to 1954 during the Korean War where he guarded the Panama Canal. He then served in the Army Reserves beginning in 1954 and was honorably discharged in 1960. He married Patricia Lemke, celebrating more than 68 years together.

Bob worked for the U.S. Postal Service for 38 years starting as a mail carrier and ending his career as Superintendent of Mails. He loved his work and thoroughly enjoyed fellowship with his co-workers. Bob was an avid St. Cecilia sports fan and could be found on the sidelines of football games moving the chains and running the clock at basketball games. He took great pride in his family and always cherished their time together.

Bob was a member of St. Michael’s Catholic Church and was a past President of St. Michael’s Men’s Club. Bob also served as President of St. Cecilia’s Activities Association and was inducted into St. Cecilia’s Hall of Fame. He was a member of the Disabled American Vets, Veterans of Foreign Wars, American Legion, and was a Third Degree Knight in the Knights of Columbus.

Bob was preceded in death by his parents and nine siblings.

To order memorial trees or send flowers to the family in memory of Robert "Bob" Gestring, please visit our flower store.