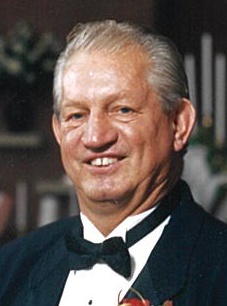 Rosary will be 7 p.m. Thursday, December 9, at Butler Volland Chapel in Hastings. Mass of Christian Burial will be 10:30 a.m. Friday,  December 10, at Our Lady of Assumption Catholic Church in Deweese with Father Corey Harrison officiating. Burial will be at St. Martin’s (Loucky) Cemetery in Deweese. Visitation will be 1-8 p.m. Thursday at the funeral home and one hour prior to service at the church. Memorials may be given to the family for a memorial to be established later.

Robert Joseph Hajny was born on February 11, 1938, on a 120 - acre farm 4 miles west of Deweese, NE to Edward and Margaret (Vap) Hajny.  He grew up with 7 brothers and sisters: Lilburn, Alvin, Janet, Lanuel, David, Dolores, and Rolland.  The family later moved to a farm 6 miles North of Edgar, NE.  Bob graduated from Clay Center High School in 1956 and attended Central Community College in Hastings where he received welding and electrical certificates.  He and his brothers grew their farming operation and were able to acquire the Verona elevator which they owned and operated for many years.  Later, Bob and Alvin formed a partnership farming and raised goats and hogs until Alvin’s death.

He married his wife Edna Schumm on Sept. 5, 1964.  They had four children; Jamie, Shelly, Kris, and Kristy.  Robert encouraged education and stated, “The one thing in life that no one can take away from you is your education.” Each of their children graduated from Hastings College and later earned Masters and/or Doctorate degrees.

Bob was a member of the Saint Joseph Catholic Church of Harvard, NE.  He was baptized and confirmed in Christ.  He loved dogs, mainly Collies.  He cared for his grand-dog, Bailey, and spoiled her with burgers and steaks from the Barrel Bar, bacon & eggs, and rides to the farm.  Bob was a member of the Clay Center Legion, Eagles club of Hastings, and served on the Lone Tree Township board.  He had many nicknames: Bob, Satch, Ernie, and The Big E.  He enjoyed college football Saturdays at his brother’s shop in Hastings and auto racing.  He collected Czech glassware, enjoyed Czech days in Wilbur, NE, was a member of the Czech Society and traveled to the Czech Republic with his daughter Shelly.  Even when money was short he always found a way to take a yearly family vacation.  Bob enjoyed country and polka music and liked to make homemade sauerkraut. Some of his favorite sayings were….‘Yoo Hoo’, ‘Howdy’, ‘Zoot Zoot’, ‘Jaksemas’, ‘Schuzech’, and ‘Pivo’.

To order memorial trees or send flowers to the family in memory of Robert "Bob" Hajny, please visit our flower store.