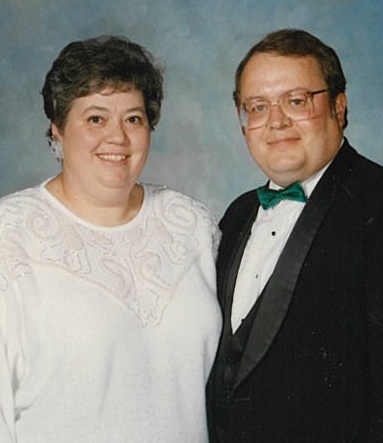 Memorial service for Rollie and Debbie will be 10 a.m. Saturday, September 5, at First St. Paul’s Lutheran Church in Hastings with Pastor Joel Remmers officiating. The family requests casual attire be worn to the service. Burial will be at Parkview Cemetery in Hastings. There will be no viewing or visitation. Due to the COVID-19 restrictions, there will be no luncheon. Memorials may be given to the family for a memorial to be established at a later date. Condolences may be sent to Rolland Manske family c/o PO Box 91, Hastings, NE 68902. For the health and safety of others face masks are required for those attending the service, your cooperation is appreciated. Since there are material sharing restrictions, we ask that you bring your own pen for signing the registration book or memorial envelopes. If you do not bring one, we can do that for you.

Rolland was born on February 9, 1951, at Mary Lanning Memorial Hospital in Hastings, NE to Hazel (Klein) and Henry Manske, Jr. He was raised in Ayr, NE, and graduated from Roseland High School in 1969. Rollie and Deb were married on January 29, 1971, at Zion Lutheran Church. They were blessed with 46 years of marriage. He served in the U.S. Army Reserves.

Rolland was preceded in death by his parents; wife, Debra Manske; and brother, Mark Manske.

Debbie was born on October 15, 1952, to Donna (Rasmussen) and Harold Bassett in Hastings, NE. She graduated from Adams Central High School in 1970.

Debbie was a secretary at Gary Thompson Agency until her retirement in 2014. She enjoyed spending time with her family, especially her granddaughter, Kylie. Debbie was a member of Daughters of the Nile where she was Queen in 1995 and recorder for Namaha Temple. She was a member of the Nebraska Llama Association and Fainting Goat Association. Debbie was the first fainting goat judge in the United States.

Debbie was preceded in death by her parents; several uncles; and brother-in-law, Dick Peyton.

To order memorial trees or send flowers to the family in memory of Rolland "Rollie" Manske, please visit our flower store.