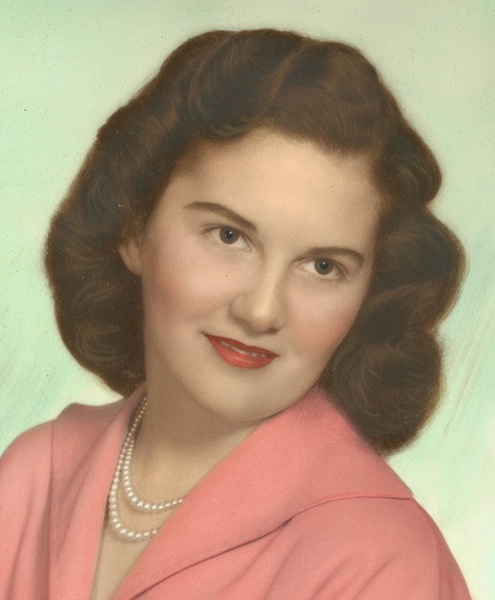 On April 1, 2021, Roma Jean (Holst) Moul passed away at The Heritage at College View in Hastings, Nebraska. Roma was born on April 12, 1933 in Clay County, Nebraska to Marie Fredricka (Ahrens) Holst and Ernst Henry Holst.  Upon Ernst’s death in 1937, Roma’s mother moved the young family to Clay Center. Roma attended the Clay Center Public Schools and graduated in 1951. After high school Roma worked for the State of Nebraska in Lincoln for a short time. She then attended Hastings College where she earned a degree in education, graduating in 1956.

During her college years Roma worked at City National Bank in Hastings. She sometimes took her breaks at the soda fountain at Fay’s Drive-In Drug, where she met pharmacist Keith Moul. On March 17, 1957, Keith and Roma were married. Roma continued working at City National until 1979 when Fay’s Drug became Keith’s Pharmacies, at which point Roma started assisting with the family business in all kinds of ways, including as its bookkeeper.

Roma enjoyed her working life, but her family was everything. She and Keith raised four children. She was beloved “Oma” to eleven grandchildren, and in her retirement she spent much of her time taking care of them. Roma was also an excellent cook and baker and is responsible for many happy memories of big family dinners among members of both her immediate and extended family. In her free time she enjoyed playing bridge and, up until her death, completing the daily crossword puzzle.

Roma was preceded in death by her husband, Keith; her sister, Carolyn Busse; and three brothers, Robert Holst, Russell Holst, and William Holst.

There will be no viewing or visitation during the time of COVID. The family plans a private gathering to honor Roma’s life at a later time. Memorials may be directed to either Hastings Food Pantry, 918 W. 4th, Hastings, NE 68901, or First St. Paul’s Lutheran Church, 501 N. Burlington, Hastings, NE  68901.

Our family wishes to express our heartfelt appreciation for the kindness and excellent care our mother/grandmother received during her time at the memory support unit at College View, and for the compassionate care she received through AseraCare Hospice in her final days.

To order memorial trees or send flowers to the family in memory of Roma Moul, please visit our flower store.