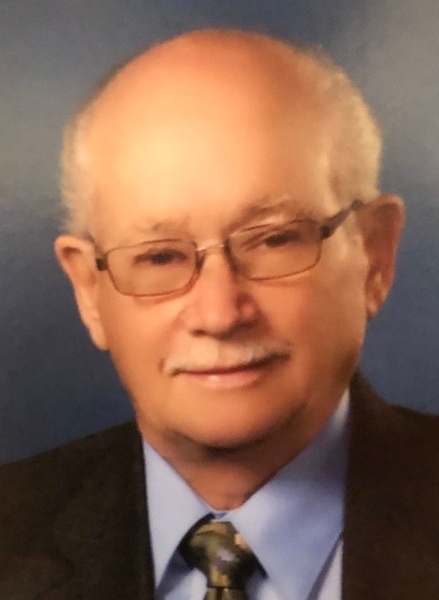 Services are 10 a.m. Friday, July 26, at Butler Volland Chapel in Hastings with Pastor Paul Julian officiating. Burial will be at Parkview Cemetery in Hastings. Visitation will be Thursday 4-8 p.m. with family present 6-8 p.m. at the funeral home. Memorials may be given to Salvation Army of Hastings or Central Community College (for Auto Body Technology Scholarship to be established in his name).

Ron was born on January 5, 1943, in Holdrege, Nebraska to Nyle Wayne & Norma Jean (Dedrick) Sealey, and was the second of eight children. He grew up on the south side of Hastings. When he was two years old he had a high fever, now suspected to be meningitis, and lost his hearing. He was educated at the Nebraska School for the Deaf in Omaha, Nebraska.

He was set up on a blind date by his longest and dearest friend, Larry Cleveland, with Emma “Virginia” Johnson in 1960. He immediately knew he met the person he wanted to spend the rest of his life with. Ron and Virginia were married on February 2, 1963. Nick was born later that year, Rusty in 1964, Julie in 1967, and Pat in 1970. His children always knew he loved them dearly even though he did not always say it with words. He expressed himself by always being present for his children and a simple touch on the knee or the shoulder would convey more than words could express.

He had both a mechanical and a creative mind. Cars were always his outlet. He started working for Great Plains for Paul Steinke in the early 1970s where he was largely self-taught in auto body repair and then went to work for Jerry Spady Body Shop. It was a different era and his hearing loss prevented him from assuming a larger role and he decided to open his own body shop in 1983. Sealey Body Shop started in a small garage in an alley back on the south side of Hastings. His oldest son, Nick, soon joined him. Approximately a year later he moved Sealey Body Shop to its current location where it has been for over 30 years. His second-oldest son, Rusty, joined Ron in 1993. Sealey Body Shop expanded numerous times over the years and continues to thrive with Virginia, Nick, and Russ, and his grandson, Zach. It is now a third-generation business.

Ron was blessed with twelve grandchildren. They too knew he loved and cherished them. His smile and laugh when greeting them made them all feel special.

Ron gave his children the greatest legacy a father can give by showing them how much he loved Virginia. The life they built together gave him the greatest happiness.

Ron was preceded in death by his parents; brothers, Dennis, Greg, and Kevin; and sister, Sharon.

To order memorial trees or send flowers to the family in memory of Ronald "Ron" Sealey, please visit our flower store.