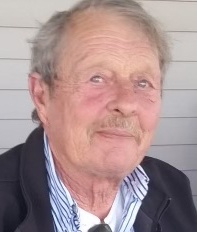 Graveside service with military rites by Hastings Military Honor Guard will be 2:30 p.m. Monday, November 23, at Roseland Cemetery with Father Nathan Hall officiating. The service will be live-streamed on Livingston Butler Volland Funeral Home’s Facebook page. The direct link for that page is www.facebook.com/lbvfh . A Celebration of Life with Memorial Mass will be held at a later date. Book signing will be 9 a.m. – 3 p.m. Saturday at the funeral home. Memorials may be given to Assumption Catholic Church or St. Cecilia Softball Program. For the health and safety of others face masks are required for those attending the book signing and graveside service, your cooperation is appreciated. Since there are material sharing restrictions, we ask that you bring your own pen for signing the registration book or memorial envelopes. If you do not bring one, we can do that for you.

Ron was born April 5, 1944, in Hastings, NE to Ernest & Irene (Mangers) Willmes. He attended Roseland High School before entering the U.S. Navy. He served from February 27, 1962, to April 2, 1965, during the Vietnam War. Ron served aboard the USS Kitty Hawk. He married Sharon Schutte on April 21, 1966, at St. Cecilia Catholic Church in Hastings.

Ron farmed in the area for many years. He was a member of Assumption Catholic Church where he served on the board and was a lector. Ron was a member of Knights of Columbus 3 rd Degree Council 10155, past 4-H Beef Superintendent, former Silver Lake Schools board member, and board member of Adams County Extension.

To order memorial trees or send flowers to the family in memory of Ronald "Ron" Willmes, please visit our flower store.