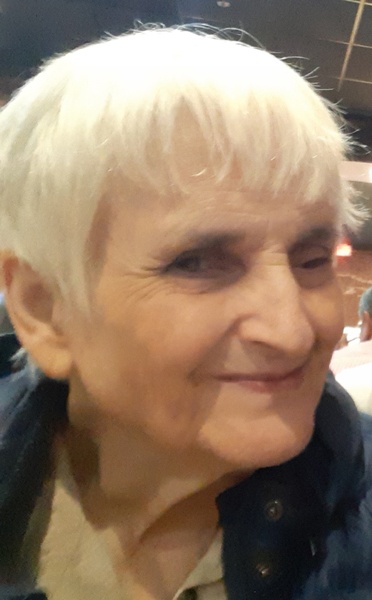 Due to COVID-19 directed health measures, private family services will held on Thursday, May 14. Burial will be at Parkview Cemetery in Hastings, NE. There will be no viewing or visitation. In lieu of flowers, memorials may be given to Bethany Archuletta’s family or the Juniata Community Church.

Sally Marie Rose Baird was born on October 29, 1947, in Hastings, NE, three months premature. Sally weighed only 1lb. 12 oz. at birth. A Mary Lanning nurse by the name of Lorraine Mitchell prayed “God if this little tyke is supposed to live You need to help me.” Lorraine then went to Woolworth’s and picked up a doll baby bottle and began feeding Sally with that bottle. Sally began to thrive with those feedings and was able to go home on February 14th. Sally grew up in the little town of Ayr, 13 miles south of Hastings. She attended school at Nebraska School for the Visually Handicapped in Nebraska City. She finished high school at the Nebraska Christian High School in Central City, NE in 1966. She graduated from Grand Rapids School of the Bible and Music in 1969. In 1971, she went to Malawi, Africa, and taught in the Chechewa School for the Blind teaching Bible and music. She contracted cerebral malaria while in Africa and had to return to America. She then went to school to become a medical transcriber and worked at Mary Lanning Hospital.

August 29, 1980, she married Jon Baird. A daughter, Bethany Anne, was born to this union, a union that was dissolved after nine years.

Sally’s life was a life of service. She worked for the Salvation Army for several years. She was often seen at the Mall as a bell ringer for many Christmases. Later she was a caregiver for a friend.

She spent her last years in her own little apartment at Good Samaritan Village. She was a member of the Juniata Community Church and was blessed and was a blessing in her fellowship.

Five years ago, she contracted non-alcoholic cirrhosis of the liver, a possible result of contracting malaria.

Sally accepted Jesus as her personal Savior as a teenager. On May 12, 2020, at 1:40 a.m. she went running into the arms of her Savior whom she loved. Her eyes were opened, and she beheld the face of Her Savior who had died for her. And she saw her mother, who was standing right behind Him.

At Sally’s request on her tombstone will be inscribed “Absent from the Body, present with the Lord.”

Sally was preceded in death by her father, Burdette; her mother, Geraldine; and two older brothers, Dick and Bob.

To order memorial trees or send flowers to the family in memory of Sally Baird, please visit our flower store.