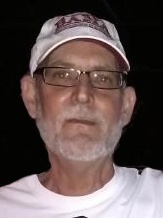 Memorial Services will be 11 a.m. Saturday, August 14, at Butler Volland Chapel in Hastings with Pastor Joel Remmers officiating. Burial with military rites by Hastings Military Honor Guard will be at Parkview Cemetery in Hastings. Following the burial, there will be a luncheon to celebrate Sam’s life at Miscues beginning at 1 p.m. There will be no viewing or visitation. Book signing will be 9 a.m. – 4:30 p.m. Friday at the funeral home. Memorials may be given to the family for a memorial to be established at a later date.

Sam was born September 10, 1952, in Grand Island, NE to William S. & Ethelyn M. (Anderson) Templin. He attended St. John’s Military School in Salina, KS, and graduated from Hastings High in 1971. After high school, Sam enlisted into the Army and served from July 13, 1972 to July 6, 1974. He received the National Defense Service Medal, 1 st Class Grenadier, Sharp Shooter (M-16). After he returned home he attended Hastings College from 1974 to 1976.

Sam held many jobs throughout his younger years, mainly in financial services for banks and investment companies, being President of O.S. Investment Company in Mobile, AL. He was a Psychiatric Technician for Hastings Regional Center from 1994 to 2003. He enjoyed Alabama football “Roll Tide”, drinking Pabst Blue Ribbon and Jagermeister, and playing pool with his friends.

Samuel was preceded in death by his parents and one brother, Daniel C. Templin.

To order memorial trees or send flowers to the family in memory of Samuel Templin, please visit our flower store.