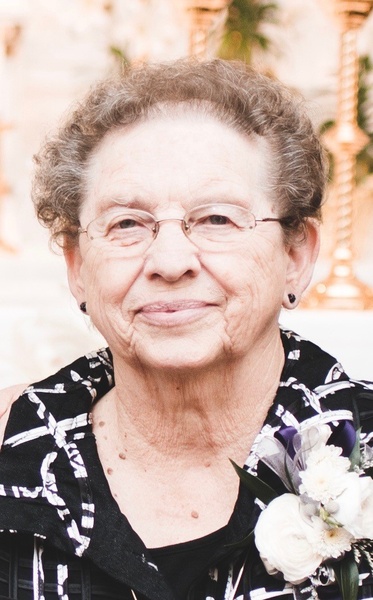 Services will be 10:30 a.m.Wednesday, August 17, at Immanuel Lutheran Church, Glenvil, with Pastor Jonathan Jehorek officiating. Burial will be at Glenvil Cemetery. Visitation will be 1-7 p.m. with family present 5-7 p.m. Tuesday, August 16, at the funeral home, and one hour before the service. Memorials may be given to Immanuel Lutheran Church in Glenvil, NE. The service will be live-streamed on Livingston Butler Volland Funeral Home’s website. To view the service, go to Sharon’s obituary and click the play button shown towards the bottom of the page. Condolences may be sent to the family at www.lbvfh.com. Livingston Butler Volland Funeral Home & Cremation Center is serving the family.

Sharon was born July 7, 1938, in Fairmont, NE to Lloyd and Florence (Kness) Knox. She graduated from Fairfield High School in 1957. Sharon married James D. Engel on August 22, 1957; he preceded her in death on April 28, 2021. She was a secretary for Insurance Plus Inc. Sharon was a member of Immanuel Lutheran Church in Glenvil.

Sharon was preceded in death by her parents, Lloyd and Florence Knox; husband, James D. Engel; and brothers, Marvin Knox and Wayne Knox.

To order memorial trees or send flowers to the family in memory of Sharon E. Engel, please visit our flower store.