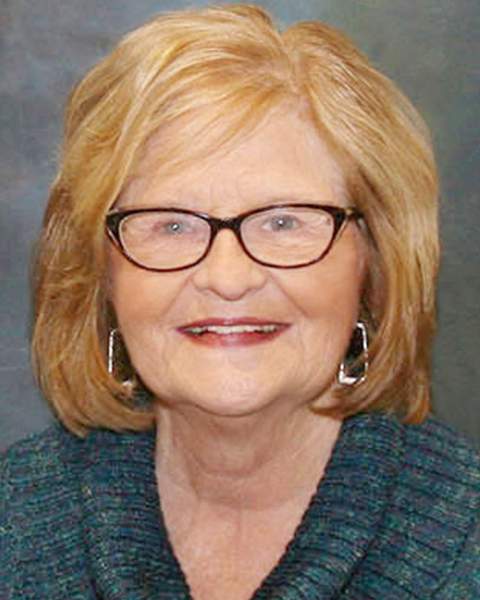 Rosary will be 6 p.m. Friday, November 18, at Butler Volland Chapel. Mass of Christian Burial will be 10:30 a.m. Saturday, November 19, at St. Michael’s Catholic Church in Hastings with Father Jeremy Hazuka officiating. Burial will be at Parkview Cemetery in Hastings. Visitation will be 4-6 p.m. Friday, with family present, at the funeral home. Memorials may be given to Morrison Cancer Center, MDS Foundation or Be the Match (Bone Marrow Registry). The service will be live-streamed on Livingston Butler Volland Funeral Home’s website. To view the service, go to Kay’s obituary and click the play button shown towards the bottom of the page.

Kay was born February 4, 1940 in Hastings, NE, to Emil “Jack” & Verna (Schmitz) Consbruck. She was an only child. Kay married her high school sweetheart, Merle Hoffman on December 30, 1959, at St. Cecilia Catholic Church in Hastings. She was a homemaker and raised 8 children. She worked at Hastings Community College for 19 years until she retired. Kay taught piano lessons from her home for over 50 years.

Kay was a member of St. Michael’s Catholic Church and a member of Catholic Daughters. She was also a member of the Extension Club. Kay’s passion was music. Kay played the organ for weddings and funerals at numerous churches in Hastings. She also loved cooking and spending time with her family.

Kay was preceded in death by her parents and numerous cousins, aunts, and uncles.

And many cousins and other family members

To order memorial trees or send flowers to the family in memory of Sharon K. "Kay" Hoffman, please visit our flower store.