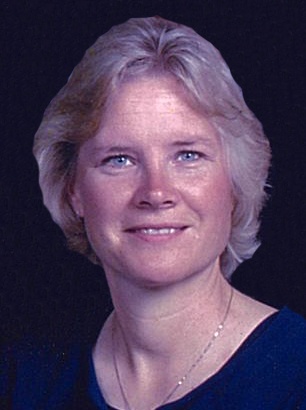 Trumbull resident Sheree Su (Drew) Ott, 56, passed away Thursday, July 30, 2020, at her home nestled next to her husband and surrounded by her children and sister.

Visitation is 3-5 p.m. Sunday, at St. Cecilia Catholic Church, in Hastings, with family present where she was married 39 years ago. Rosary to follow at 5 p.m. at the church in Hastings. Mass of Christian Burial is 10 a.m. Monday, August 3, at St. Cecilia Catholic Church in Hastings with Father Loras Grell officiating. Mass will be live-streamed on Livingston Butler Volland Funeral Home Facebook page for those who are unable to attend in person. Burial will be at St. Joseph’s Catholic Church Cemetery in Giltner. Memorials may be made to the family to be designated at a later time, to the Iowa Children’s Hospital, by donating blood at a local blood drive, or to a private scholarship fund for a student pursuing a Bachelor’s Degree in Nursing to be chosen by the family. Since there are material sharing restrictions, we ask that you bring your own pen for signing the registration book or memorial envelopes. If you do not bring one, we can do that for you. To send flowers, please contact Diva’s Floral Boutique in Kearney, NE.

Sheree was born August 30, 1963, in Hastings, NE to Kenneth “Kenny” and Marilyn (Peterson) Drew, the youngest of two sons and two daughters. She grew up outside of Inland, NE, and attended grade school there. She graduated high school from Trumbull in 1981. She attended Mary Lanning Nursing School and graduated in 1984. She later got her Bachelor’s of Science in Nursing degree from Creighton University and was very proud of that.

Sheree married her high school sweetheart, Daniel Ott on May 24, 1981, a couple weeks after she graduated high school to share a wedding anniversary with her parents and her sister-in-law and brother-in-law. Dan and Sheree were Godparents to multiple children. They were blessed with a daughter, Anastasia Marie, and a son, Drew Daniel. Sheree’s kids were her world and she was very proud of them and often told them she loved them more than they knew. She never missed her kids’ activities throughout high school and college and she will always be their #1 fan. Go Hawks! She worked at Mary Lanning Memorial Hospital on a variety of floors, but mostly in Outpatient Surgery for 29 years with many of her closest friends. She was loved by every nurse that ever had the privilege of working with her and she was her own nurse until the very end. She then worked at the Hastings Surgical Center for a few years until she requested to work as an as-needed employee so she could be full-time Gramo. She was her kid’s #1 fan, but her grandkids, Hayden Elizabeth, Kate Kristine, and Henrik James, were her real favorites. She ran her own “Gramo Daycare” for four years and it was her favorite job of all. She will live on in their hearts forever.

Everything she did, she did with love; from picking out a birthday card for one of her nephews or nieces to making meals for her family and friends to giving the best advice she did with absolute preciseness. She loved to go on walks with her daughter and dogs, go out to eat with friends, attend concerts, watch Game Show Network, Big Ten Network, or any activity where the whole family was together and she could take care of them. She was involved in many groups and activities throughout her lifetime including Girl Scouts, teaching CCD, St. Joseph’s Altar Society, Legion of Mary, Iowa Ladies Football Academy, and the Loving Life Coalition of Hamilton County. She was an avid blood donor and encouraged others to be donors as well. #shereesblOTT.

Sheree was baptized as an infant and was confirmed a Catholic when she was 16. She prayed the rosary often, participated in all the sacraments, and was able to receive the Eucharist multiple times in the days leading up to her passing.

Through it all, she never lost her mothering ways and sassy rhetoric. She was treasured as a wife, mom, Gramo, Godmother, daughter, sister, aunt, and friend and is already missed by many.

Sheree was preceded in death by her dad; one infant brother; and one child born into Jesus’s arms.

To order memorial trees or send flowers to the family in memory of Sheree Ott, please visit our flower store.