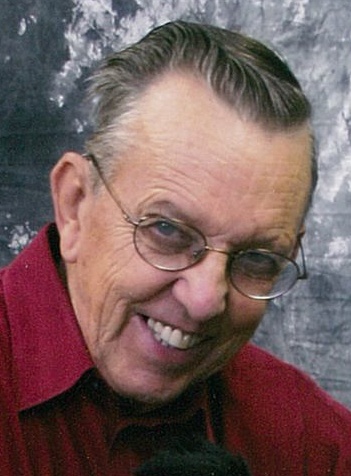 Memorial service is 11 a.m. Monday, March 9, at Evangelical Free Church in Hastings with Pastor Matt Sass and Pastor Steve Hodgson officiating. Private family burial with military rites by Nebraska National Guard will be at Blue Valley Cemetery in Ayr, NE. Visitation will be 5-7 p.m. Sunday with family present at the Evangelical Free Church. Memorials may be given to the family for a memorial to be established at a later date.

Stan was born March 8, 1940, at his grandparents’ home in Hastings, NE to Robert & Vervie (Millard) Aman. In 1945, the family moved to Ayr, NE where he attended District #53 grade school and later graduated from Roseland High School in 1958. Stan attended various night classes at Central Community College and in 1990 attended Frontier School of the Bible in LaGrange, WY. Stan served in the Army Reserves from 1960 to 1966. He married Barbara Meyer on May 21, 1961, in Glenvil, NE. To this union three children were born, Teresa, David, and Kelly Jo.

Stan owned and operated Aman Pump Service for over 30 years and after retirement, he developed Green Acres Sub Division and built several houses in Juniata, NE. Stan and Barbara lived in Ayr until 1990 and then traveled for 13 years while Stan did missionary work. They moved to Juniata in 2003 and Hastings in 2019. He attended the Evangelical Free Church of Hastings.

Stan loved being involved in community development as evidenced by his involvement in church functions, town board, volunteer fire and ambulance, zoning board, well drillers association, various art and woodcarving associations. He also enjoyed nature through his hunting and fishing activities. His latest hobby was learning to play the dulcimer.

Stan was preceded in death by his parents; daughter, Kelly Jo; and sister, Karen Rozmiarek.

To order memorial trees or send flowers to the family in memory of Stanley "Stan" Aman, please visit our flower store.