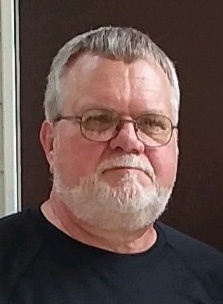 Memorial Services will be 10:30 a.m. Saturday, May 29, at Evangelical Free Church in Hastings with Pastor Scott DeWitt officiating. Visitation will be 5:30-6:30 p.m. Friday with family present at the funeral home. Memorials may be given to the family.

Steve was born on January 16, 1954, in Lincoln, NE to Delbert and Shirley (Gross) DeBoer. He graduated from Lincoln High School in 1972 and joined the United States Navy that same year. He served in the Navy until 1976. When he returned to Nebraska, he attended Kearney State College and later Central Community College where he earned a degree in Automotive Technology. He joined NAPA and worked there for over 40 years. On June 10, 1978, he married Sylvia Gail Collin. Together they raised two sons, Andrew and Mark.

Steve became a Christian while serving in the Navy. He was very active with his church family in Hastings where he attended the Evangelical Free Church. There he served on the property committee and as an usher for many years, as well as helping out in children’s ministries.

Steve enjoyed spending time outdoors. He loved working at home in his yard, in the garden, and on his boat. He shared his love of boating and fishing with his family; many weekends were spent on the lake with his wife and sons.

Steve was preceded in death by his father, Delbert and mother, Shirley.

He is survived by his wife, Sylvia; two sons, Andrew (Allissa) and Mark; grandsons; brother, Ronald; as well as many nephews and nieces.

To order memorial trees or send flowers to the family in memory of Steven DeBoer, please visit our flower store.