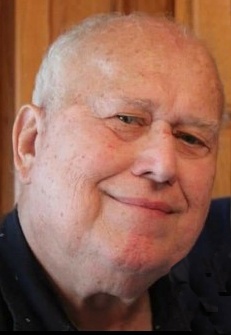 Hastings resident Terry Lynn Larson, 79, passed away Tuesday, March 23, 2021, at his home surrounded by his family.

Memorial Services will be 11 a.m. Friday, March 26, at Butler Volland Chapel in Hastings with Rev. Stefanie Hayes officiating. Burial with military rites by Hastings Military Honor Guard will be at Parkview Cemetery in Hastings. Visitation will be one hour prior to service at the funeral home. Memorials may be given to the Wounded Warrior Project or to the family. The service will be live-streamed on Livingston Butler Volland Funeral Home’s Facebook page. The direct link for that page is www.facebook.com/lbvfh , the link will not be live until five minutes before service time. For the health and safety of others face masks are required for those attending the visitation or funeral, your cooperation is appreciated. Since there are material sharing restrictions, we ask that you bring your own pen for signing the registration book or memorial envelopes. If you do not bring one, we can do that for you.

Terry was born June 17, 1941, in Jamestown, NY to Courtney W. & Ruth E. (Sanders) Larson. He graduated from Hastings High School in 1959. Terry was the captain of the gymnastics team at Hastings High School and took them to the state championship. He served in the U.S. Navy from 1963 to 1968. Terry married Vonna Kay Mullen on August 23, 1968.

Terry worked for Hastings Industries as a journeyman for 33 years. After his retirement, he started working at Menards and Poppe Enterprises. He was a member of Grace United Methodist Church and made a practice of praying every day. Terry was a great cook and had a beautiful singing voice. He enjoyed playing KENO, fishing and started woodworking. Terry was sure Big Foot was real and was a dedicated believer. He was a talented ventriloquist and had a dummy named “Lenny Potter.”

Terry was preceded in death by his parents; brother, Robert Larson; and sister, Patricia Pederson.

To order memorial trees or send flowers to the family in memory of Terry Larson, please visit our flower store.