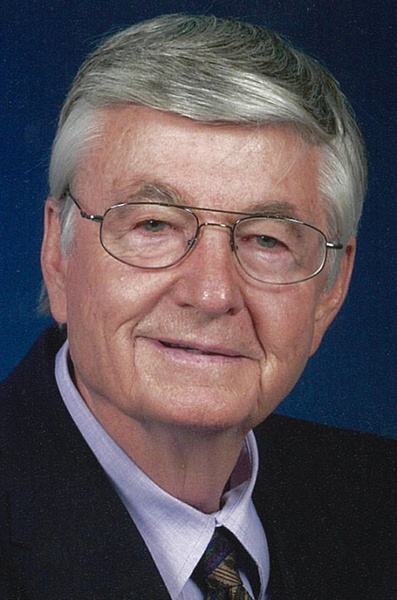 Services are postponed until Spring 2021. Memorials may be given to N.V.M.A. Continual Scholarship Foundation (a scholarship is being endowed in Van’s memory), Grace United Methodist Church, Y.M.C.A., or Salvation Army. For the health and safety of others face masks are required for those attending the service, your cooperation is appreciated. Since there are material sharing restrictions, we ask that you bring your own pen for signing the registration book or memorial envelopes.

Van graduated from Sterling High School in Sterling, CO in 1949 and received his BS and DVM degrees from Colorado State University in 1955. Upon graduation from veterinary school, Van was commissioned as a 1 st Lieutenant in the U.S. Army Veterinary Corp and served for two years with both the 5 th and 6 th U.S. Army groups in Chicago and San Francisco. Upon his honorable discharge in 1957, Van went into private veterinary practice initially in Central City and then Grand Island. In 1963, Van joined an existing practice in Hastings (Animal Clinic) where he continued to practice until his retirement in 2011. In 2004, Van was honored as the Nebraska Veterinarian of the Year.

In 1959, Van married Shirley (nee Gibb) Sandstedt and to this union, three children were born: Ann Sandstedt of Portland, OR; Sarah Wilson (John) of Independence, KS; and Christian (Mona) Sandstedt of Pasadena, CA.

Van was an excellent cook who loved to prepare meals for several charities, friends, and family.

Van leaves to mourn his wife Shirley of 60 years, his three children, their spouses, and four grandchildren: Sam and Emily Wilson and Jack and Gus Sandstedt.

To order memorial trees or send flowers to the family in memory of Van Sandstedt, please visit our flower store.