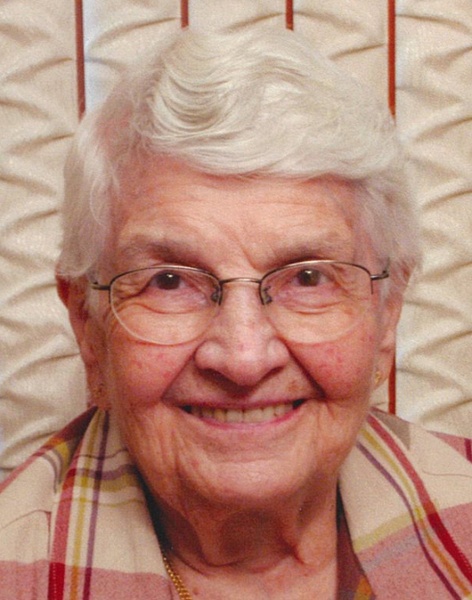 Memorial Services will be 11 a.m. Friday, October 22, at Butler Volland Chapel in Hastings with Pastor Kathy Uldrich officiating. Private family burial will be held at a later date at the Chambers Cemetery in Chambers. Book signing will be 9 a.m. - 7 p.m. Thursday and one hour prior to service at the funeral home. Memorials may be given to the donor’s choice.

Violet was born January 22, 1927, in Jewell County, Kansas to Ray Claude & Ethel (Rothchild) Sanderson. She graduated from Chambers High School in 1945. Violet married Otto Hubel on June 15, 1947; he preceded her in death on April 18, 2007. After graduating from high school, Violet taught in a rural Holt County School for two years. She was a dietary manager at Neligh Nursing Home until her retirement in 1991 when Violet and Otto moved to Hastings from Clearwater, NE. She attended Juniata United Methodist Church and was a member of United Methodist Women, Juniata Methodist Quilting Group, and American Legion Auxiliary in Chambers #320.

To order memorial trees or send flowers to the family in memory of Violet Hubel, please visit our flower store.