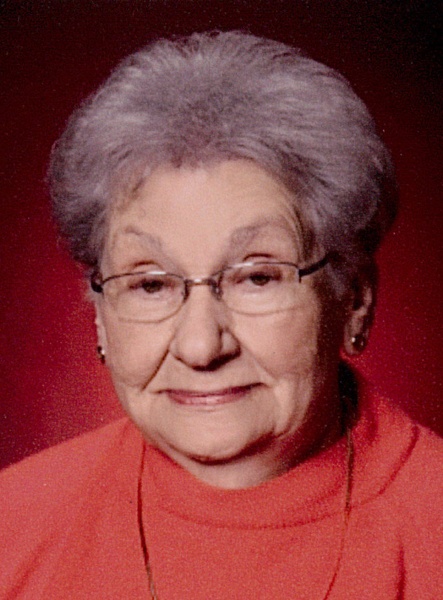 Rosary will be 7:30 p.m. Friday, February 4, at Butler Volland Chapel. Mass of Christian Burial will be 10:30 a.m. Saturday, February 5, at St. Michael’s Catholic Church in Hastings with Father Jeremy Hazuka officiating. The family recommends face masks be worn during the visitation and service. Burial will be at Sunset Memorial Gardens Cemetery in Hastings. Visitation will be 1-8 p.m. Friday at the funeral home and one hour prior to the service at the church. In lieu of flowers, memorials may be given to Hastings Catholic Schools Campaign c/o STC/Nevirvy Center, 604 North St. Joseph Avenue, Hastings, NE  68901.

Virginia was born July 27, 1926, in Ashton, NE to Mitchell & Mary (Bogus) Smydra. She graduated from Boelus High School in 1945. Virginia met Dale W. Jorgensen at a dance in Grand Island after Dale returned from military duty in the Pacific Theatre and occupation duty in Japan. They were married on May 10, 1948, at St. Mary’s Cathedral in Grand Island, NE; he preceded her in death on September 10, 2006.

Virginia was a homemaker. Dale and Virginia operated Fairmont Ice Cream Store in Hastings for many years. She was a member of St. Michael’s Catholic Church, St. Michael’s Altar Society, Catholic Daughters of the Americas, and the National Association of Retired Federal Employees. She was a devoted wife, mother, and a friend to all. Virginia was very devoted to her faith and family.

To order memorial trees or send flowers to the family in memory of Virginia Jorgensen, please visit our flower store.