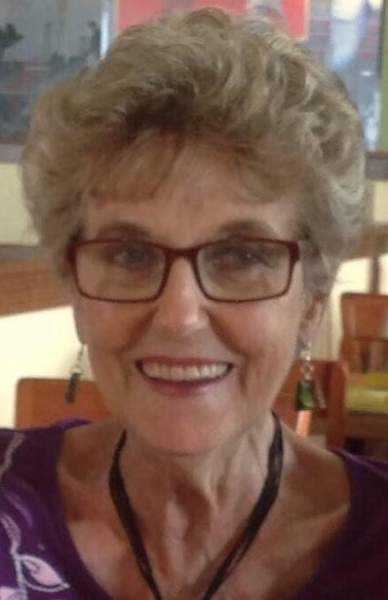 Hastings resident Wanda June (Bosier) Koch, went to sleep at her home and woke up in Heaven on Monday, August 12, 2019, at the young age of 83 surrounded by the love of her close family.

Services are 10:30 a.m. Friday, August 16, at Faith Lutheran Church in Hastings with Pastor Paul Dunbar officiating. Burial will be at Parkview Cemetery in Hastings. Visitation is 9 a.m. - 7 p.m. Thursday with the family present 5-7 p.m. at the funeral home, and one hour prior to service at the church. Memorials may be given to the family.

Wanda was the daughter of Charles & Elsie (Naggatz) Bosier and was born January 5, 1936, in Hasting, NE. Wanda grew up in the Presbyterian Church where she played the piano and sang in the choir. She later joined Faith Lutheran Church when she met her husband, Donald Koch, where they were married on October 20, 1990.

Wanda went to Lincoln School and graduated in 1953 from Hastings High School. After graduation, she left and went to California where she was a bartender for 11 years. There she met her husband, Jim Weaver, and to that marriage was her pride and joy her two children one daughter Latishia “Tish” and one son Randall. They later divorced and she moved back to Nebraska in 1966.

Once back to Nebraska she worked as a bartender at the Ivanhoe, Bernardos, Midland Lounge, Southern Hills, and the Ponderosa Bowl. She then went to work at the Hastings Regional Center for 13 years as a cook until she had to retire due to her health.

Wanda met her second love Harlan Schlachter and they spent 20 years together as they traveled and visited family traveling in their motorhome as Good Sam members and spent winters in Yuma, AZ. They were together until his and her health separated them.

She loved spending time with her family and going to California to see her California family. Wanda loved to dance, doing crafts and making dolls, painting, camping, traveling, her flowers and watching them grow, and cooking. She would say “Koch by name Cook by trade.” She was a Golden Eagles member, lifetime Good Sam member and member of the Holstein branch of the American Legion.

To order memorial trees or send flowers to the family in memory of Wanda Koch, please visit our flower store.