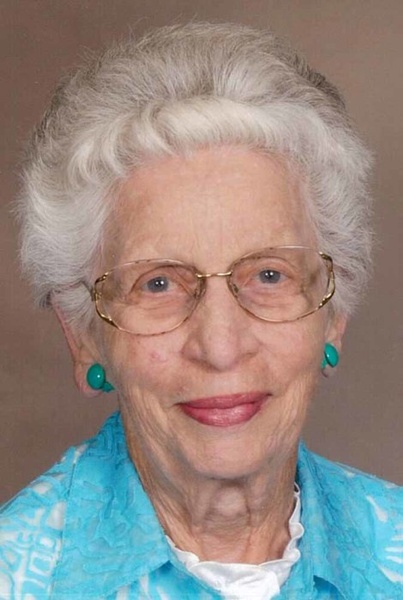 Services are 1:30 p.m. Saturday, December 14, at First United Methodist Church in Hastings with Pastor Greg Lindenberger officiating. Burial will be at 11 a.m. at Parkview Cemetery in Hastings. Visitation is 6-8 p.m. Friday with family present at the funeral home. In lieu of flowers, memorials may be given to First United Methodist Church or UIM International with an attached note designating the memorial for the Flight Fund, PO Box 6429, Glendale, AZ 85312-6429.

Wanga was born November 22, 1927, in Kingman, KS to Evelyn (Skelton) & Richard Harold Hockaday. She attended Hastings Public Schools and graduated in 1945. Wanga was a Rotary scholar and spoke as part of her commencement program. She received an Associate’s Degree in home economics from the University of Nebraska-Lincoln. Wanga married Donald Lee Wolf in 1947.

Wanga worked at J.C. Penneys in high school and as an appliance and equipment demonstrator after college. She was a member of First United Methodist Church, serving on various committees and taught a first grade Sunday School class. Wanga was active in the United Methodist Women, holding various offices. She played violin in the Sunday School orchestra, played in school orchestras, Hastings Symphony while in junior high and senior high, and the church bell choir for 22 years. Wanga was a Cub Scout leader, 4-H leader, Brownie leader, and a member of the Friendly Dozen Extension Club for 43 years.

Wanga enjoyed playing card games with friends and family. She and Don belonged to pinochle and bridge clubs and the La Danza Ball Room Dance Club. Many summers were spent enjoying the beautiful mountains and hiking trails around Estes Park and Grand Lake. Wanga entertained friends and family at their cabin and this made for wonderful family memories.

Wanga was preceded in death by her parents; husband, Donald L. Wolf; and brother Ray Hockaday.

To order memorial trees or send flowers to the family in memory of Wanga Wolf, please visit our flower store.