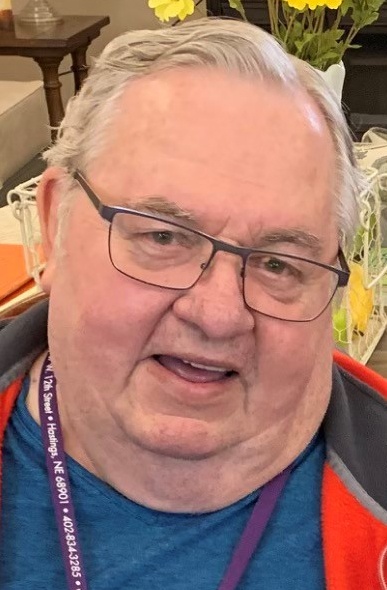 On December 30th, 2020 Mr. Wendell Dean "Babe" Ruth passed away with his wife and daughter by his side at Providence Place, finally earning his well-deserved eternal rest.

Wendell Dean, named after his father and an esteemed uncle, was born in Canton, Ohio on October 12th, 1942 to Wendell Alvin Ruth and Maxine Pool Ruth.  Shortly after his birth, the new family of three returned to Rising City, Nebraska to work on the family farm.  Dean received his elementary education in a one-room schoolhouse and graduated from Rising City High School in 1960.  Growing up on a farm instilled core values central to Dean's life: hard work, respect, and integrity.  He carried these values with him to Nebraska Wesleyan University where he obtained degrees in biology and education, becoming certified to teach and coach multiple sports at the secondary level.  It was at Nebraska Wesleyan where he gained his new and forever name, "Babe", bestowed upon him by his beloved Theta Chi brothers.

Babe taught science and coached in several Nebraska schools and in Roswell, New Mexico.  While in Roswell, he earned his Master's Degree in Educational Administration that enabled him to serve as a principal, both in New Mexico and Nebraska.  Mr. Ruth had a positive impact on hundreds of young people in his roles as coach, teacher, and administrator.  He especially enjoyed the last two decades of his career as principal of Wallace District 60 Elementary school, and his very first year of teaching in 1965 at Beaver Crossing High School, where he coached the boys’ basketball team to a state championship title.  To this day, he holds the record for being the youngest coach in Nebraska history to coach a state championship basketball team.

Babe was a loving, happy, honest, devoted man who believed in the power of education and the incredible potential of young people.  He loved to laugh and swap stories with his friends, old and new.  He cherished his role as father to Katie Sue, who was undoubtedly the apple of his eye.  Spending time with his Kater Tater and his beloved wife Robbie became his favorite pastime, especially in the later years of his life.

Left to cherish his memory and carry on his legacy are his wife Robbie Ruth of Hastings, NE; his daughter Katie Ruth and her fiance Tyler Auten of Blue Hill, NE; Brothers Larry (Patricia) Ruth of Walton, NE, and Bob (Deb) Ruth of Columbus, NE; Brother-in-Law James (Diana) Webb of Omaha, NE; Sisters-in-law Judy Webb of Baltimore, MD, and Gretchen Webb of Detroit, MI; many nieces and nephews, cherished cousins, and dear friends.  He was preceded in death by his parents, his parents-in-law James and Mildred Webb; sisters-in-law Winnifred Blount and Paula Webb; and brother-in-law Gregory Webb.

The wonderful and dynamic staff of Providence Place who so lovingly helped Robbie and Katie care for Babe during his last years are considered members of the Babe Ruth family, and we thank them so for all they have done for us.

Rosary will be 10 a.m. and Mass of Christian Burial will follow on Tuesday, January 5, at St. Michael’s Catholic Church in Hastings with Father Jeremy Hazuka officiating. Burial will be at Blue Hill Cemetery in Blue Hill. There will be no viewing or visitation. Memorials may be given to Shriners Hospitals for Children or to the family for a memorial to be established at a later date. The service will be live-streamed on St. Michael’s Catholic Church Facebook page. The direct link for that page is http://www.facebook.com/STMHastings .  For the health and safety of others face masks are required for those attending the funeral, your cooperation is appreciated. Since there are material sharing restrictions, we ask that you bring your own pen for signing the registration book or memorial envelopes. If you do not bring one, we can do that for you.

To order memorial trees or send flowers to the family in memory of Wendell Dean Ruth, please visit our flower store.