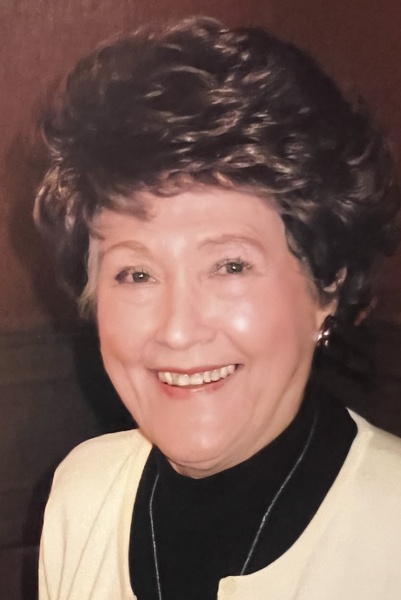 Rosary will be 10 a.m. and Mass of Christian Burial will follow at 10:30 a.m. Monday, July 11, at St. Michael’s Catholic Church in Hastings with Father Liam O’Shea-Creal officiating. Burial will be at Parkview Cemetery in Hastings. In lieu of flowers, the family requests donations to be sent to The National Kidney Foundation or St. Michael’s Catholic Church.

Wilma Francis Jones was born in Pauline, NE on November 22, 1925, to Frank and Lucille Pavelka. She was the granddaughter of Annie Pavelka whose story was told in Willa Cather’s novel “My Antonia”.

Wilma graduated from Pauline High School in 1943 and went on to marry Lavern “Smokey” Jones in 1945. The couple had five children and resided in both Campbell and Bladen before settling in Hastings.

Wilma was a member of St. Michael’s Catholic Church, Altar Society, Catholic Daughters of the Americas, and an honorary member of the Hastings Board of Realtors. She enjoyed playing bridge, golf, and cheering on the Cornhuskers with her sister Marcie and friends.

She was employed by Hastings Utilities and then found her true passion working in Residential Real Estate for 34 years.

To order memorial trees or send flowers to the family in memory of Wilma Jones, please visit our flower store.