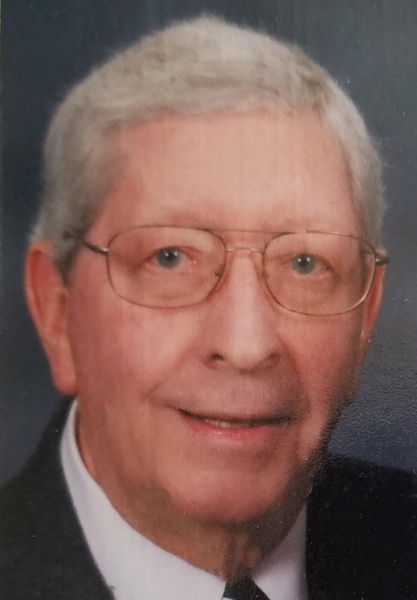 Rosary will be 2 p.m. and Mass of Christian Burial will follow Wednesday, November 25, at St. Cecilia Catholic Church in Hastings with Father Christopher Kubat officiating. Burial with military rites by Hastings Military Honor Guard will be at Parkview Cemetery in Hastings. Visitation will be 1:15-2 p.m. at the church. The service will be live streamed on Livingston Butler Volland Funeral Home’s Facebook page. The direct links for the live-stream are www.facebook.com/lbvfh or www.lbvfh.com and click on Dick’s obituary and click on Facebook link to view the service. Memorials may be given to Friend Family Academic Scholarship at Hastings College or Hastings Elks Lodge #159. A celebration of life service will be held in the spring. For the health and safety of others face masks are required for those attending the visitation and funeral, your cooperation is appreciated. Since there are material sharing restrictions, we ask that you bring your own pen for signing the registration book or memorial envelopes. If you do not bring one, we can do that for you.

Dick was born on March 17, 1932, to Irvin “Ike” and Daisy (Roth) Friend in Hastings, NE. He graduated from Hastings High School in 1950, and went on to attend Hastings College, but left to join the U.S. Air Force in 1952. The Air Force transferred him among several locations and ultimately stationed him at Strategic Air Command Headquarters near Omaha, where he achieved the rank of airman first class. After leaving the service, Dick resumed collegiate studies at Omaha University and graduated with his bachelor’s degree in 1957.

After graduating, Dick returned to Hastings to work at Friend’s Motor Supply, his family’s business. Dick met Sandra Sampey when she came to Hastings for a clinical rotation at the Hastings Regional Center as part of her nursing school training. They were married on April 28, 1962. Throughout his career, Dick assumed various roles and responsibilities with Friend’s Motor Supply. He and his brothers eventually took over the business and went on to add regional stores to their franchise throughout Nebraska. Dick retired in 1997 as President of the company.

Civic involvement, philanthropy, and an abiding love of friends and family were hallmarks of Dick’s life. He was an active member of St. Cecilia Parish, Lochland Country Club, American Legion Post 11, Hastings Chamber of Commerce, Optimist International, and was especially fond of his affiliation with B.P.O.E. Lodge 159. As an Elk, Dick served as Exalted Ruler and received numerous awards including Elk of the Year in 1998-1999, stemming from his significant efforts to relocate the Elks clubhouse and golf course. Dick served on the board of the Central Community College Foundation, on the advisory committee for the initial construction of the Hastings Family YMCA, as president of the Hastings Aquatic Club, and as president of the Hastings City Council. Dick’s great love of country — most especially its flag — was manifest. He once suffered a broken rib while untangling Old Glory from a wind-wrapped flagpole. He was an avid golfer until recent years, and a supremely loving husband, father, and grandfather.

Dick was preceded in death by his parents; brothers, Don and Jack, and their wives, Anne and Annette.

To order memorial trees or send flowers to the family in memory of Richard "Dick" Friend, please visit our flower store.